Pistoia and the pilgrimage routes

As early as the 12th century, Santiago de Compostela, together with Rome and Jerusalem, was the destination of one of the three most important pilgrimages of Christianity. Pistoia, too became an important and much-visited city of transit and departure on the way to the main sanctuaries of the times after a relic of the apostle James arrived from Compostela in 1145, and a chapel in the Cathedral was built and dedicated to Saint James by Bishop Atto.

Since 2019, Pistoia has been a part of an international network of pilgrimage walks. A proof of this can be seen in a “cippo”, a stone donated by the city of Santiago de Compostela marking the distances from Santiago de Compostela and Rome to Pistoia, as calculated along the historic trails. It stands where the medieval route connecting Lucca with Pistoia ended in the Cathedral Square, the ancient heart of ‘the little Santiago’, as Pistoia is also called. 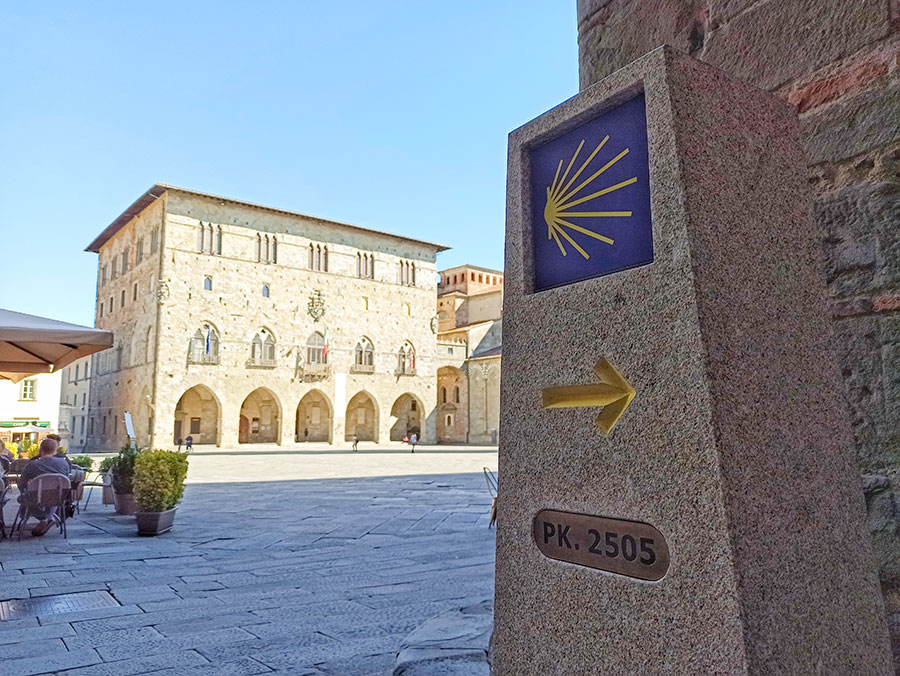 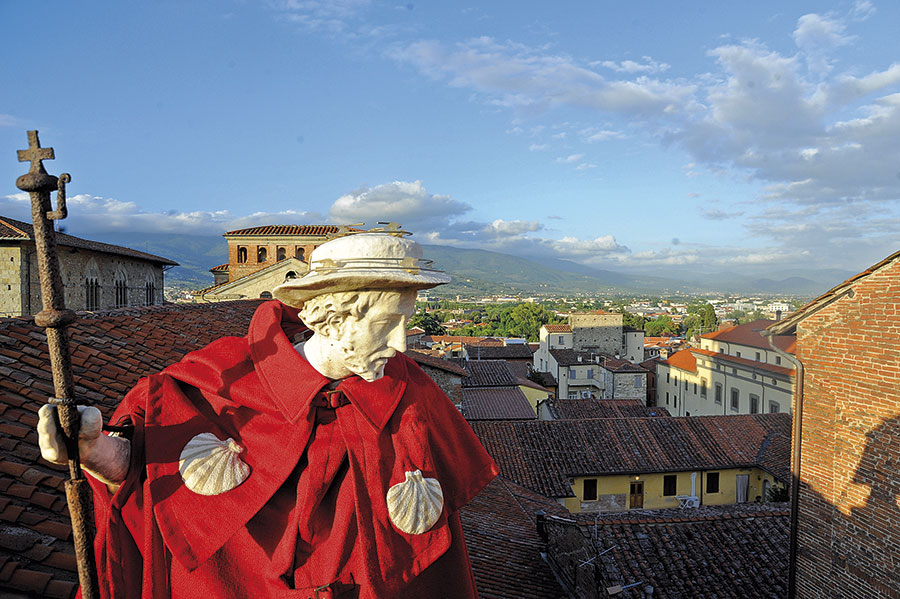 Pistoia is connected with both ancient and new pilgrimage routes.

The new Cammino di San Jacopo (a new Way of Saint James), from Florence to Lucca, leads travellers to the Via della Costa and the Cammino Francese routes on their ways to the Sanctuary of Santiago de Compostela. It is in the process of certification by Tuscany Region.

Pistoia has also connections with the Via Romea-Francigena (from Canterbury to Rome), Via Romea Strata and Via Romea Germanica Imperiale ways though various itineraries.

The Via Francesca della Sambuca and the Cammino di San Bartolomeo ways are in the Pistoia area. The former follows an ancient itinerary, the latter is a recent devotional route.